The Gunn Report > About us > Philosophy

Totting up award show wins for a living may seem a somewhat frivolous endeavour.

And we wouldn’t argue for a moment that awards per se – in terms of bits of metal you put on a shelf – are of the most fundamental importance in the scheme of things.

But, as for award-winning qualities in advertising, we believe they can be defended to the death.  For they have the power to produce sales for the immediate present at one and the same time as they build reputation for the long haul.  (In other words, award show judges and our Client’s customers have a lot in common in the way they react to advertising).

Our Reason To Believe 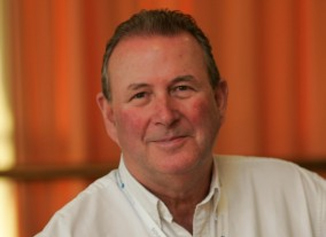 This has come to be recognised as by far the most comprehensive and conclusive study ever conducted into the relationship between creativity and effectiveness on a worldwide basis.

Thanks to the help of 186 different advertising agencies (or clients) in 28 different countries, Donald Gunn of Leo Burnett was able to gather together and analyse the case histories associated with the 400 most awarded commercials and campaigns in the world in the 4 year period 1992-1995.

Indeed that commercials with award winning qualities are two and a half times more likely, versus commercials on average, to be associated with marketplace success.

The IPA/Gunn Study (2010-2012) results from merging IPA effectiveness data with Gunn Report creative awards data. It addresses the question: "Does the creativity needed to win major creative awards improve a brand's chances of business success?"  The study was carried out by well-known independent consultant, Peter Field.

The full report is obtainable from the IPA. In our summary, we present a sample of three key areas of the findings; Extra Share of Voice (ESOV), Effectiveness Success Rate (ESR) and the part of the study braking down the effectiveness awarded and creatively awarded group in the sample to establish the more creatively awarded the campaign the more effective it will be.

So here's a philosophy that's cheaper and less time-consuming and certainly more accurate than copy testing.  Enter ads in award shows and see if they win.

Less frivolously and more fundamentally, the whole study overall would suggest the following: you can buy Awareness but you can't buy Fame.  Only good ads that people enjoy and engage with and talk to their friends about can do that.

Gunn Report presentations - at Festivals or Agency or Client conferences - now customarily culminate with a response to the Question: "The most awarded and admired and talked-about ads and campaigns of our own day and age - are they working in the marketplace for the Client or not?"  Our answer has become known as "Bullets from Gunn" (This name was coined by Matias Palm-Jensen, founder of Farfar).  A plethora of examples that prove without doubt that the answer is "Yes"!