1999
The Gunn Report and Showreel of the Year is launched (Format: booklet and VHS reel in a box, Publisher: Haymarket) Volkswagen/Affordability "Wedding" is Print Ad of The Year A double for DDB - BMP DDB London is Agency of The Year and DDB Worldwide is Agency Network of The Year Outpost.com from Cliff Freeman & Ptnrs is Film Campaign of the year.

2000
Guinness "Surfer" is Commercial of The Year Helping AMV.BBDO to be Agency of The Year (that's 2 years out of 2 for UK) Volkswagen makes it 2 years in a row as Advertiser of The Year BBDO's first year as Agency Network of The Year (watch this space)

2002
Frank Budgen becomes 2 time winner as Director of The Year Gorgeous Enterprises clocks up 3rd year as Production Company of The Year Wieden & Kennedy is first ever US winner of Agency of The Year Club 18-30 Holidays tops Print Table with highest points total to date.

2004
We launch our new Format: Book with DVD Proctor & Gamble becomes sponsor of The Gunn Report Honda Accord "Cog" wins Commercial of The Year Volkswagen completes 5 years out of 6 as Advertiser of The Year AlmapBBDO takes Agency of The Year to South America

2005
Honda Diesel "Grrr" tops Commercials table TBWA becomes 4th network to ever win Agency Network of The Year AlmapBBDO becomes first ever double winner of Agency of The Year Phenomena (Bangkok) is Production Company of The Year (remains only non USA or UK based winner in our history) BBDO Worldwide takes it up to 8 years out of 12 as winner of Ag. Nets. table

2007
Digital is added to The Gunn Report Nike+ is first ever Digital Campaign winner Farfar(Stockholm) and Crispin Porter + Bogusky tie as first ever most Awarded Agencies in Digital Nike is Advertiser of The Year for a second time Guest Editors introduced. Craig Davis is first Guest Editor

2010
Gunn Report year changed from Oct-Sept to Jan-Dec IPA/Gunn study launched in July
Canal+ 'Closet' from BETC Euro RSCG (Paris) wins in Commercials table with biggest ever winning margin AlmapBBDO becomes a 3-time winner in Agencies table BBDO Worldwide takes it up to 8 years out of 12 wins in Ag. Nets. Table MJZ in Prod Cos and Thanonchai Sornsriwichai in Directors advance to 6 wins in 12 Marcello Serpa is Guest Editor

2011
Our new website www.gunnreport.com launched January The Gunn Report for Media becomes part of Report and Book Annual Cannes Sweepstakes introduced to website IPA/Gunn study expands universe to 1996-2011 Nike 'Write The Future' wins in Film with the most points ever 'The Man Your Man Could Smell Like' is top in Digital W+K (with Amsterdam & US) takes top 2 places in Agencies table Mark Tutssel is Guest Editor

2012
215 more Films from 70's and 80's added to website "Bullets from Gunn" & IPA/Gunn "BOB's" become hot features on website Canal+ "The Bear" wins in Film (ousting "Write The Future" for most points ever) Samsonite "Heaven & Hell" wins in Print for second year (a first) BBDO WWide takes Ag. Net. of year for 7th time in a row MJZ notches up 7th win in Prod. Cos. table Christmas Quiz introduced to website Prasoon Joshi is Guest Editor

2014
Top 2 in Agencies table, Forsman & Bodenfors (Gothenburg) and Dentsu (Tokyo) both surpass best ever previous winning total (set by DDB London in 1999). Same two Agencies are also Top 2 in the Agencies in Digital table. Never this sort of overlap before. BBDO Worldwide make it ninth straight win in a row in Agency Networks table. 'The 100 Best Commercials of The 20th Century' and 'The Power Of Print' are two new features on our website. Amanda Benfell (previously Cannes Lions) joins us: and we move into new offices in Beak St, London W1. Malcolm Poynton (new Global Chief Creative Officer at Cheil Worldwide) is our 2014 Guest Editor

2015
4 iconic winners in our 4 tables for the ads. John Lewis 'Monty's Christmas' in Film; Buick 'Human Traffic Signs' in Print/OOH; Honda 'The Other Side' in Digital; Always '#Like A Girl' in All Gunns Blazing. Volkswagen wins in Advertisers table for 12th year in 17, with Samsung chasing hard just 2 points behind. 3 networks make debuts in table of Top 20 Agency Networks in The World- AKQA, Cheil Worldwide and M&C Saatchi. BBDO Worldwide takes #1 in this table for 10th straight year in a row! We launch policy of free TGR website logins for students at ad schools and their teachers. Jeremy Craigen- new CCO Worldwide at Innocean- is our 2015 Guest Editor.

2016
Burger King's 'McWhopper' sweeps the board and tops both Digital and AGB tables. Tomb Raider Survival Billboard was 1st in Print/OOH and Justino 'Night Shift' best in Film. Samsung wins in Advertiser table for the first time followed by Burger King. Volkswagen drops out of the top 2 for the first time to take 3rd place. Adam & EveDDB become most successful agency in history of The Gunn Report, topping the table for the 4th time. BBDO Worldwide take Network of the Year for the 11th year in a row. Kate Stanners, Global Chief Creative Officer of Saatchi & Saatchi is the Guest Editor. The Gunn Report is acquired by WARC in October. 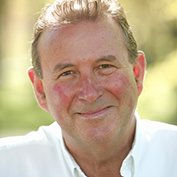 Donald worked as an Account Executive for 6 years, before becoming a Copywriter. He subsequently served as Burnett’s Managing Director in the Netherlands and Switzerland and Creative Director in South Africa and France.

In 1984, Donald was appointed Leo Burnett's Director of Creative Resources Worldwide. In this job, based in Chicago, he created several Burnett institutions which are the envy of the industry – including the World TV Update and Worldbeater reels, and Global Product Committee – as well as spearheading the worldwide study on creativity and effectiveness, “Do Award Winning Commercials Sell?” He became dubbed by Ad Age as...“The man with the best job in advertising”

After retirement from Burnett, Donald served for two Festivals – 1998 and 1999 – as President of the Cannes Festival. Also in 1999 Donald launched The Gunn Report & Showreel of the Year, which seems to have caught on worldwide as “the official” measure of competitive excellence for the advertising industry.